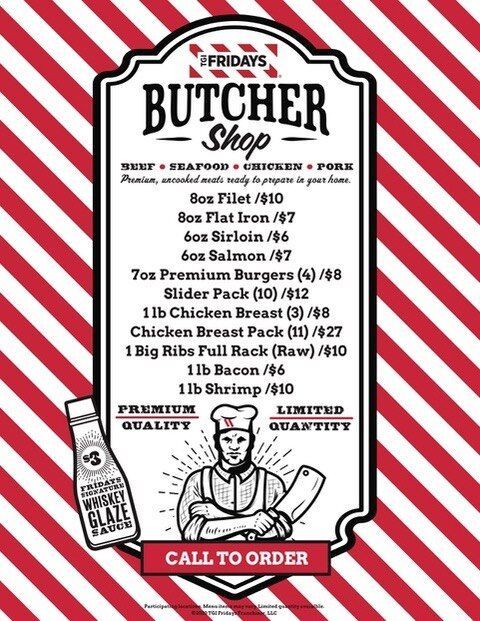 In the wake of COVID-19 dining restrictions, many sit-down restaurants have begun offering groceries and meal kits for delivery as a way to drive new revenue. TGI Fridays has now applied the same tactic to its meat selection by launching a Butcher Shop concept.

TGI Fridays' new Butcher Shop menu offers consumers a selection of uncooked premium meats, seafood, chicken, ribs, and side dishes that can be prepared at home. Everything is pre-cut, pre-seasoned, and ready for cooking. In total, there are five kits to choose from, including a Surf & Turf Kit, an All-American Cheeseburger Kit, and a Signature Whiskey-Glaze Rib Kit. The chain is also offering individual portions of meat for those looking for a smaller grocery haul.