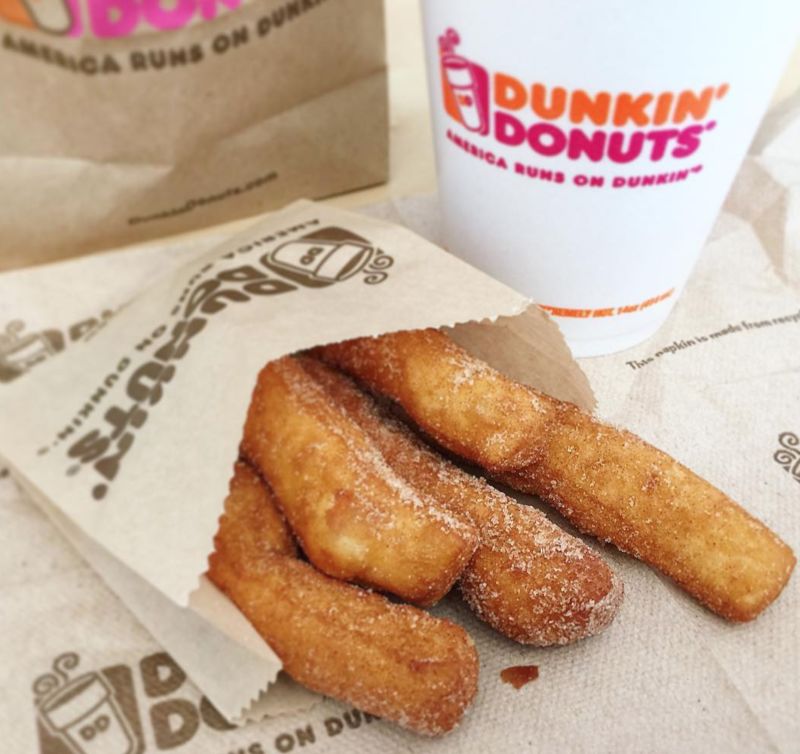 According to some observant Dunkin' Donuts fans, Donut Fries have been spotted at select stores in the Boston area. Based on early reviews, the new side dish consists of French fry shaped donuts covered in cinnamon-sugar -- similar to a churro. The sweet fries are part of the chain's new 'Gotta-Have $2 Snacks' menu, which includes other mouth-water treats such as pretzel bites, ham and cheese rollups, and gluten-free fudge brownies.

Despite positive reviews from fans, there is still no word on whether the Donut Fries will make their nationwide debut any time soon.