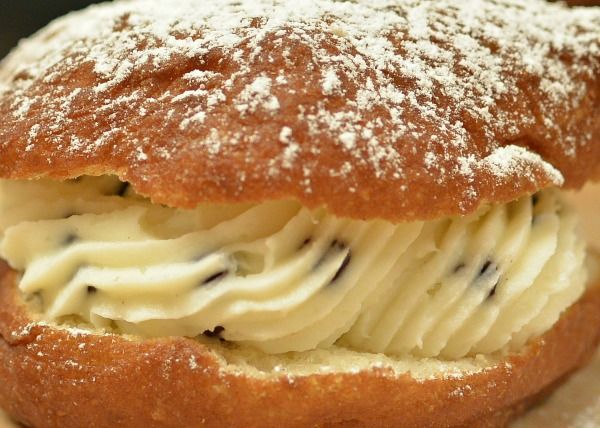 Megan Facciuolo — May 12, 2014 — Lifestyle
References: frangellis & foodbeast
Share on Facebook Share on Twitter Share on LinkedIn Share on Pinterest
Donnoli, the Donut-Cannoli, is a hybrid confection created by Frangelli’s Bakery, which has been located in South Philly since 1947. It may be a historic small bakery for those in Philly, but now it’s gaining a world-wide reputation, thanks to its new pastry.

Owner, John Colosi, who took over the bakery four years ago, recently came up with the idea behind the Donnoli when he decided to squeeze chocolate chip cannoli cream into one of his bakery’s plain donuts. The results were spectacular, delicious and buzz-worthy. The Donnoli is the perfect blend of new and old; John’s new delectable buttercream is the perfect pairing for the 1960s original plain donut.

Donut hybrids seem to be on the rise this year, but this Italian pastry-inspired one may be the best one yet!