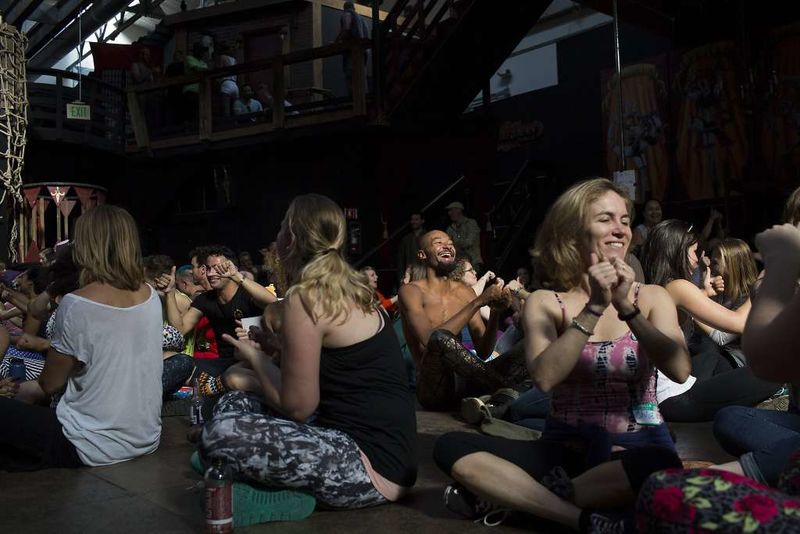 Katherine Pendrill — August 9, 2016 — Lifestyle
References: facebook & sfchronicle
Share on Facebook Share on Twitter Share on LinkedIn Share on Pinterest
Last year, Digital Detox teamed up with Camp Grounded to host a device-free dance party in San Francisco. Considered the tech hub of the US, San Francisco is home to some of the most tech-obsessed consumers. This event helped these individuals enjoyed a brief escape from technology with an immersive dance party.

The Daybreaker event was held in the city's old Mission District warehouse early on a Thursday morning. Upon arrival, attendees were given small 'sleeping bags' for their cellphones and treated to their choice of tea, coffee or kombucha. The event began with a 6:30AM yoga session, followed by a massive dance party just an hour later. Dubbed a "slow-down, not start-up," the event gave more than 500 San Francisco residents a chance to put down their phone and enjoy a reprieve from modern technology.

The popularity of the Daybreaker event demonstrates the desire for device-free spaces even in some of the most tech-obsessed urban environments.
5.1
Score
Popularity
Activity
Freshness
Access Advisory Services