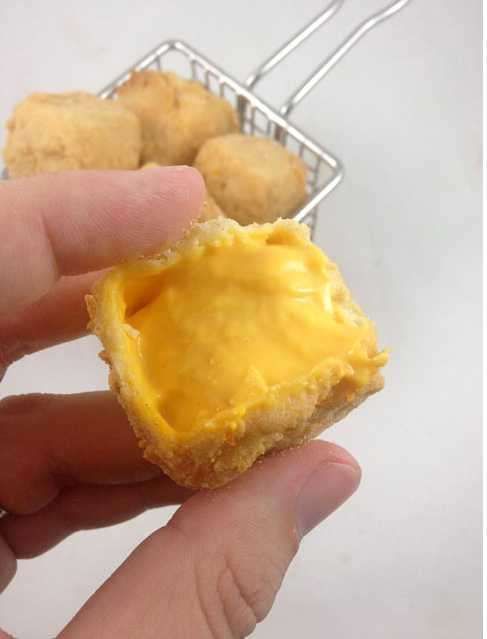 Neither pasta nor pizza nor preserved soup, this former beer-accompanying bar favorite has become deep fried deliciousness in the hands of Nick, who writes for a column called ‘Food I Made’ on Dude Foods.

After buying a six-pound can of nacho cheese, he decided to use some of the never-ending supply and venture into creating deep fried balls. After freezing them into cube-shaped pieces, he battered them in corn flour, which offered a strong nacho chip flavor, and tossed them into his beloved deep fryer.