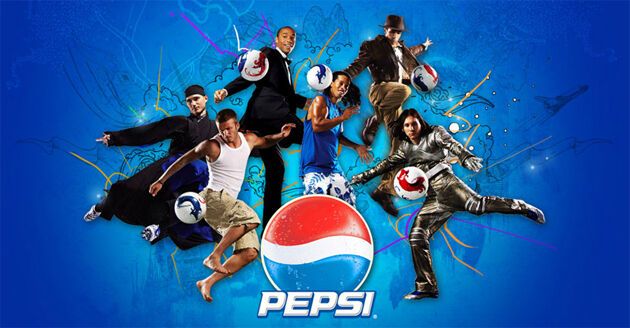 Ayman — March 20, 2008 — Marketing
References: nma
Share on Facebook Share on Twitter Share on LinkedIn Share on Pinterest
David Beckham channels action hero Indiana Jones in the newest TV ad for Pepsi which promotes a new social networking website (pepsiyouniverse.com) created in conjunction with Youniverse, a software developer and social network. The social site will offer users exclusive footage and downloads and allow them to compare themselves with their favourite sports stars using the site's visualDNA technology. visualDNA is essentially a set of images that define the user's personality.

In the video ad, Beckham dons a fedora hat and a brown leather jacket, with his name and number 23 printed on the back. He teams up with five of the world's most popular football stars Thierry Henry, Lionel Messi, Ronaldinho, Cesc Fabregas and Frank Lampard. The dream team kicks the ball around a series of exotic locations, from China to the moon; ending up on a beach called Nowhere where Beckham serves them the refreshing soft drink.