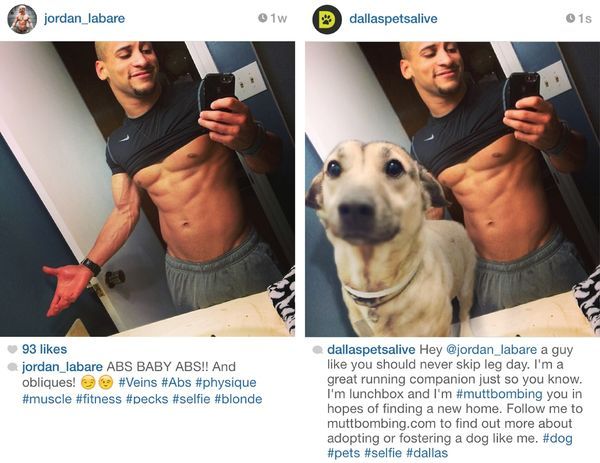 Dallas Pets Alive! worked with the Dieste agency to create the "muttbombing" campaign, which adds a dog to a selfie picture, with additional info on how to adopt foster dogs in Dallas.

The "muttbombs" are super funny and spot on, since the dogs chosen to for each selfie seems to perfectly match the personality and the filters of the original uploaders. One of the most hilarious ones is of a guy lifting his shirt to take an ab pic in the mirror and the "muttbombed" version features a dog that's equally as interested in checking himself out in the mirror. Even more of these hilarious muttbombs can be seen at muttbombing.com.
6.8
Score
Popularity
Activity
Freshness
Jeremy Gutsche Keynote Speaker