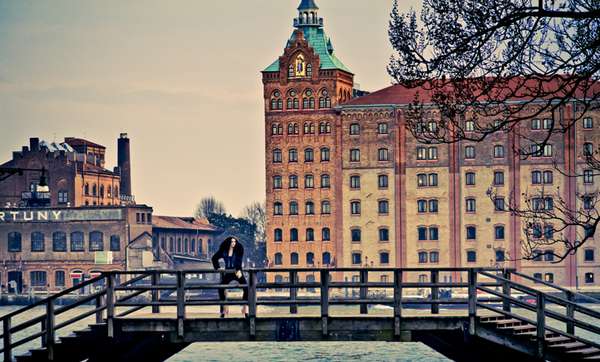 Cristian Di Stefano and Kristy Coulcher are Incredible in Italy

Currently based in Barcelona, Cristian Di Stefano and his list of clients and editorials is a veritable who's who of the international fashion scene. Clients include Diesel, Vogue (Spain, Italy, and China), Dazed Digital and Vice Spain.

For his latest shoot, Cristian Di Stefano took Australian model Kristy Coulcher to the much venerated and historic streets of Venice for an editorial that captures the splendor of the Northern Italy city while confidently portraying Coulcher's carefree sex appeal.

"The idea was to shoot in Venice because the city fascinates me for its magic, its light and situations," Cristian Di Stefano said. "Also by the proximity of the show room in Milan and the romantic feeling that I had with spectacular film of Patrice Leconte’s ‘La Fille sur le Pont.‘”
3.7
Score
Popularity
Activity
Freshness
View Innovation Webinars

19 Beautiful Venice Finds
From Venice by Kayak to Guerrilla Wakeboarding