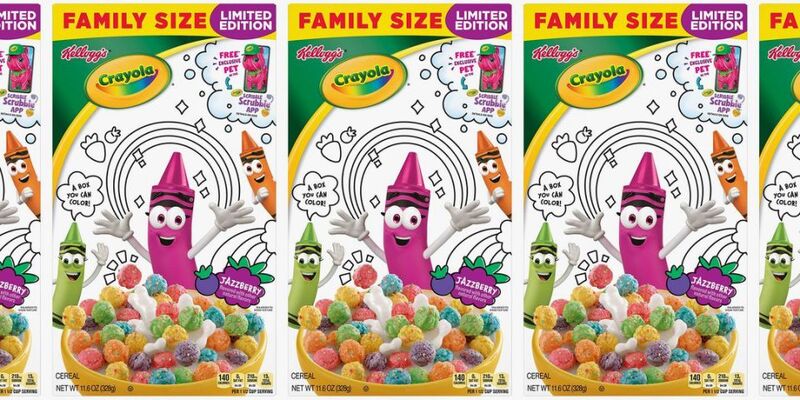 With this new partnership, you get all the deliciousness of Kellogg's classic cereals and the fun of Crayola. The new Crayola Cereal consists of blue, orange, yellow, green, pink, and purple cereal pieces that are finished with multicolored specks. As for the flavor, Kellogg's describes the cereal as Jazzberry-flavored, so you can expect a fruity berry flavor. But perhaps the best part of this new cereal is that the box itself doubles as a coloring book. As noted on the box: "Crayola is recreating the art of breakfast cereal. Kellogg’s Crayola Jazzberry Cereal is a masterpiece of crunchy, rainbow-colored puffs and lip-smacking berry taste."

Along with doubling as a coloring book, each box of Crayola Cereal comes with a free exclusive pit in the Scribble Scrubbie Pets App from Crayola.