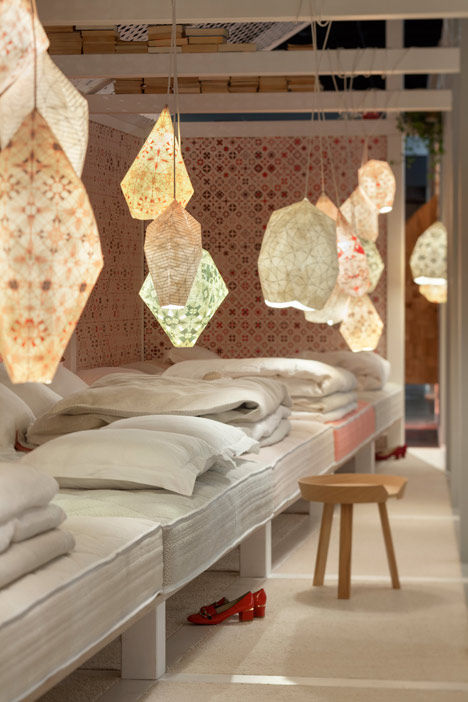 Tiffany — January 16, 2014 — Art & Design
References: dezeen
Share on Facebook Share on Twitter Share on LinkedIn Share on Pinterest
As part of the IMM Cologne Fair, an annual interior design show to help designers imagine their concept future home, Copenhagen designer Louise Campbell designed Das Haus. The dwelling is a 240 square meter interior space with an open concept with exposed beams set against painted grey walls, and instead of having doors, there are openings on each side of the house.

Campbell was inspired by her own personal take of what a home should be: playful and unreserved. The entire house is actually composed of two timber framed houses, with the facades covered in larch shingles.

"Where floral wallpaper in a kitchen would not naturally present itself at the top of my list, plenty of fine tools do. Even so, I'd much rather sleep in an imaginatively decorated space than in a bare white bedroom," says Campbell on her shingle clad home.
1.8
Score
Popularity
Activity
Freshness
View Innovation Webinars