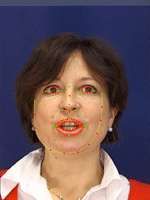 Geebee Micro — April 25, 2009 — Tech
References: uea.ac.uk
Share on Facebook Share on Twitter Share on LinkedIn Share on Pinterest
While work has been done for some time on computer programs that are able to read lips, scientists at University of East Anglia’s School in England have gone beyond that point altogether, creating technology that allows computers to identify differences between languages.

Potential uses for the new technology would be in noisy environments, to aid law enforcement or benefit the deaf and hard of hearing.

Using a group of 23 bilingual and trilingual speakers, scientists developed a system where they could, with a extremely high degree of accuracy, identify a language spoken by individual speakers.