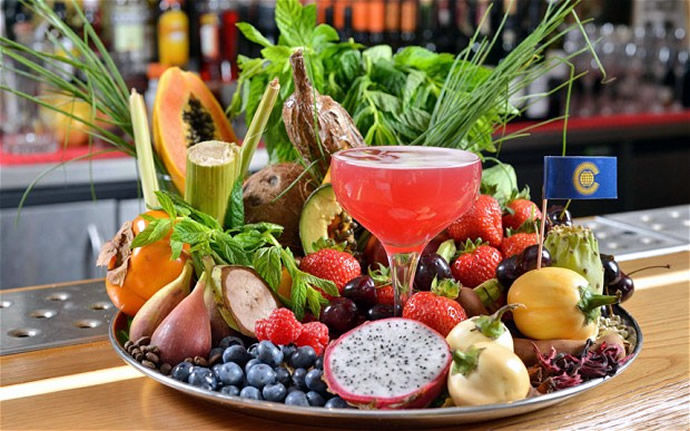 Mal Spence's Commonwealth Cocktail Has 71 Ingredients from Around the Globe

Laura McQuarrie — August 4, 2014 — World
References: telegraph & luxurylaunches
Share on Facebook Share on Twitter Share on LinkedIn Share on Pinterest
Inspired by the Commonwealth Games, Scottish mixologist Mal Spence from the Kelingrove Café created the Commonwealth Cocktail, a mixed drink featuring 71 ingredients from multiple countries around the world. Although it's just been revealed to celebrate the ongoing games in Glasgow, the drink took Spence six months to perfect, since it involved trying and testing hundreds of ingredients to get just the right balance.

The finished Commonwealth Cocktail is made with rosehip, chives and cloves from Africa, exotic dragonfruit and sugar cane from the Americas, just for starters. As well as covering these continents, Spence's drink also includes ingredients from Europe, Oceania, Asia and the Caribbean. Since making this drink would be a real workout, Spence has also simplified the cocktail into a five-ingredient recipe that includes lemon juice, mango, rambutan a dandelion and burdock cordial and blended Scotch whiskey.