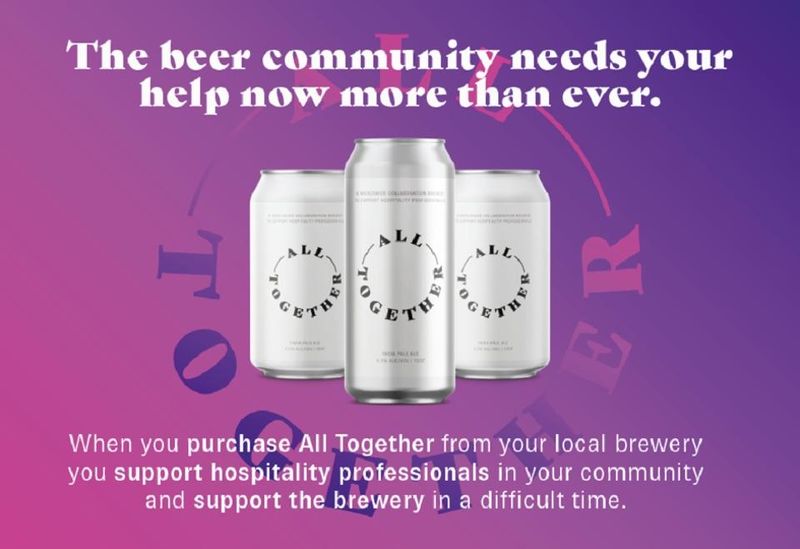 Other Half Brewing's Collab Aids the Hospitality Industry

Laura McQuarrie — March 27, 2020 — Lifestyle
References: alltogether.beer & forbes
Share on Facebook Share on Twitter Share on LinkedIn Share on Pinterest
At a time when many restaurants, bars and taprooms have been forced to shut down, Other Half Brewing is uniting breweries to offer support for the hospitality industry during a time of crisis. More than 40 breweries will be brewing All Together IPA to bolster the sale of beer and businesses that are facing challenges because they have had to close their physical locations for public safety. Notably, All Together sets itself as a global beer collaboration, as the participating individual breweries will be putting their own stamp on a single recipe.

As New York's Other Half puts it, "#AllTogetherBeer invites any brewer, from any corner of the planet, to participate by providing the tools needed to make the beer at the lowest possible cost, including an open-source recipe, artwork, and name. In exchange, the collective asks that a portion of the proceeds go to supporting hospitality professionals in each brewery’s own community."