Life As It Should Be
Next
Set of
Related
Ideas 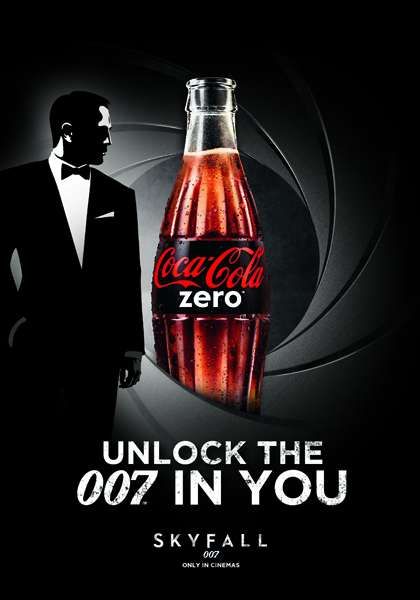 Katherinev123 — August 22, 2012 — Marketing
References: facebook & popsop
Share on Facebook Share on Twitter Share on LinkedIn Share on Pinterest
Fans of the James Bond movie franchise can now get their hands on the limited edition Coke Zero Skyfall aluminum cans and bottles, which the soft drink brand has launched to support the release of the new film Skyfall, starring Daniel Craig. The limited edition packaging features a 'gun barrel' design that reflects the iconic James Bond motif, as well as the profile image of the Bond character.

The new drink packaging is part of a much larger Coke Zero Skyfall promotion, called 'Unlock The 007 in You,' which includes a social media component, TV spots, outdoor advertising and more. The aim is to get fans to unleash their own secret agent self by drinking Coke Zero.

Coca-Cola has been partnering with the James Bond franchise since 2008, beginning with the release of the 22nd James Bond film Quantum of Solace.
5.7
Score
Popularity
Activity
Freshness
View Innovation Webinars

Harrassvertising
Coke Bots Attack When You Buy Other Brands