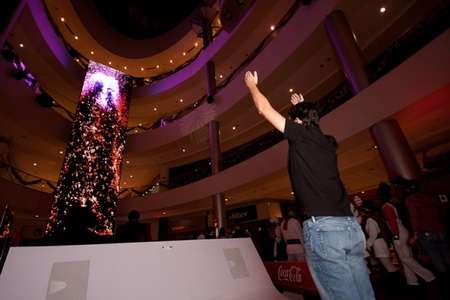 Nexus Interactive Arts, a London-based production studio, created this amazing art installation over the span of eighth months. The production company used a special technology to create a 3D waterfall, allowing the viewer to see colorful bursts of water falling down the fountain -- no special glasses required.

What's more, viewers can interact with the Coca-Cola Cascada exhibit by having their motions captured and mirrored on the fountain -- their movements actually the way the water falls -- as they stand inside a special hub area that faces a screen. According to Popsop, this interactive part of the exhibit is part of Coca-Cola’s aim to encourage its youth customers to participate, rather than being just a viewer.
4.9
Score
Popularity
Activity
Freshness
View Innovation Webinars