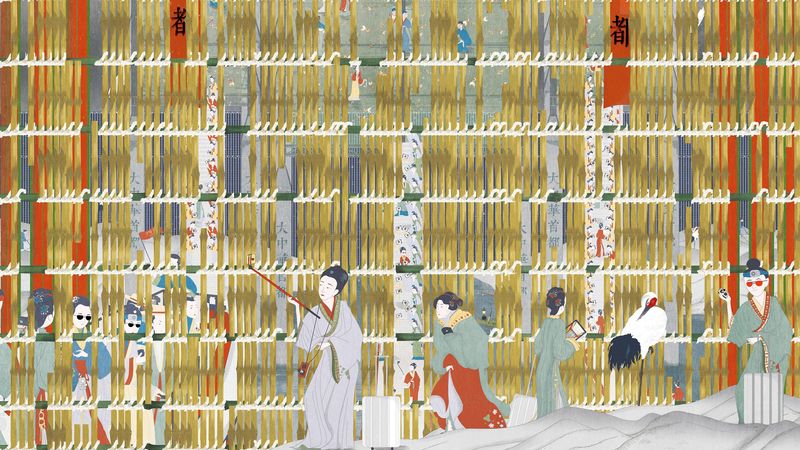 Joey Haar — July 24, 2017 — World
References: dezeen
Share on Facebook Share on Twitter Share on LinkedIn Share on Pinterest
Many European cities were populated and developed long before the idea of a city master plan existed, and that's readily apparent in the modern day. Certainly those unplanned cities have a charm to them, but their everyday inhabitants also have to deal with the issues of poorly laid out streets, insufficient infrastructure, and more. City master plans are standard practice today, and architecture graduate Freja Bao has taken the concept a step further by designing a city not just for the physical, but for the cultural as well.

'Splendour' is a fictional master plan for a city in the South China Sea. It is designed to represent the best of Chinese culture, and Bao sees it as a pilgrimage location for Chinese-speaking people from all around the world. The project aims to effectively rebrand China, moving it away from the political bully image and toward a more accurate representation.
1.4
Score
Popularity
Activity
Freshness
Attend Future Festival