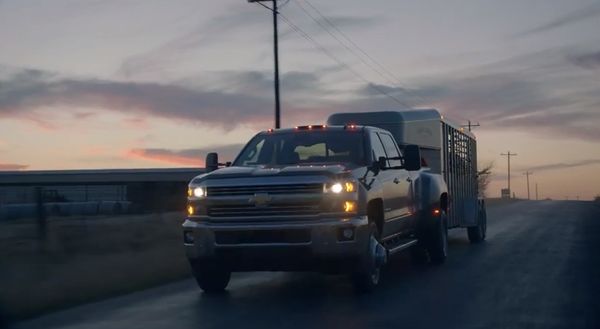 Laura McQuarrie — February 2, 2014 — Autos
References: chevrolet & adweek
The 2014 Chevy Super Bowl commercial stars "a man, his truck and a very eligible bachelor." The title of the ad is called 'Romance' and the lucky bachelor that stars in the ad is not a man, but a bull who is on a journey to join a group of female cows.

The ad features a voiceover by actor John Cusack and prominently features the 2015 Silverado 2500HD as an instrumental part of this bull's long trip.

The 2015 Silverado boasts a Duramax diesel engine and an Allison transmission, making it clear that "strong just got stronger." Although the ad is quite straightforward, it shows off how well-equipped it is for conquering long journeys and roads ahead, no matter the adventure.