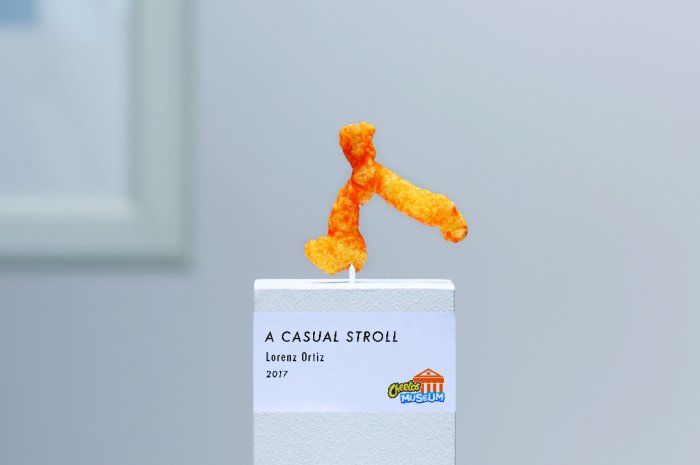 Joey Haar — June 9, 2017 — Lifestyle
References: cheetosmuseum & thedailymeal
Share on Facebook Share on Twitter Share on LinkedIn Share on Pinterest
Clouds can look like anything from elephants to Elvis, and Cheetos are frequently subject to that same artistic interpretation, so the snack brand is taking advantage of its product's mimetic qualities in the new Cheetos Museum. Built in partnership with another museum of curios, Ripley's Believe It or Not!, the New York City Museum features actual Cheetos taken directly from snack bags around the US.

The displays are split between Cheetos two flavors: Original and Flaming Hot.
4.9
Score
Popularity
Activity
Freshness
Get Better and Faster