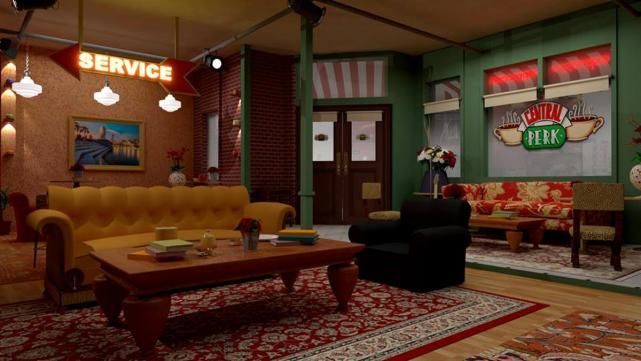 Riley von Niessen — October 26, 2016 — Lifestyle
References: news.asiaone & mashable
Share on Facebook Share on Twitter Share on LinkedIn Share on Pinterest
Although the well-loved American sitcom 'Friends' came to an end more than a decade ago, its many fans continue to celebrate it -- including the owners of 'Central Perk SG,' a Singaporean coffee shop that emulates the one that the show's young New Yorker's frequented.

Getting everything right from the window sign to the couches that the characters would lounge on, Central Perk SG is a haven for Friends fans looking to reminisce on some of the series' very best moments. In order to gain access to it however, they'll have to purchase a membership that runs for $720 USD.

With it, they'll not only have access to Central Perk SG, but they'll be able to bring five of their friends to total the same size of the group that's depicted in the show and use it as an event space when needed. In addition to this, members will be offered personalized invitations to exclusive parties and tastings and will be able to book the iconic couch for their own use.
5.7
Score
Popularity
Activity
Freshness
Get Trend Hunter Dashboard