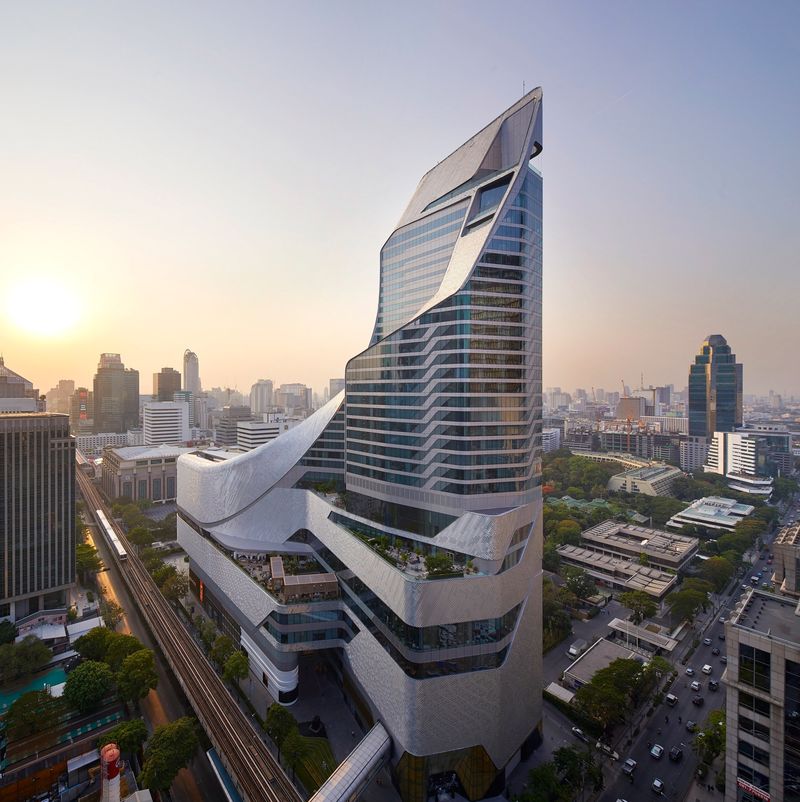 'Central Embassy' is a Luxurious Building in Bangkok, Thailand

Joey Haar — May 18, 2017 — Art & Design
References: ala.uk & dezeen
Share on Facebook Share on Twitter Share on LinkedIn Share on Pinterest
Central Embassy, a luxurious new building in downtown Bangkok, Thailand, gets its name thanks to its location. The building rises from the former gardens of the British embassy to Thailand. However, looking upon the structure, few would be primarily concerned with its etymology. That's because Central Embassy is an impressive edifice covered in thousands of aluminum tiles, giving it a sharp and hypnotic appeal.

The aluminum plates that cover Central Embassy are placed essentially at random, but their shining luster coupled with the eye's tendency to look for patterns creates odd swirls and lines that seem to shift with even the smallest change in one's perspective. Coupled with the sharp, swooping lines of the structure itself, the effect is indeed dazzling.