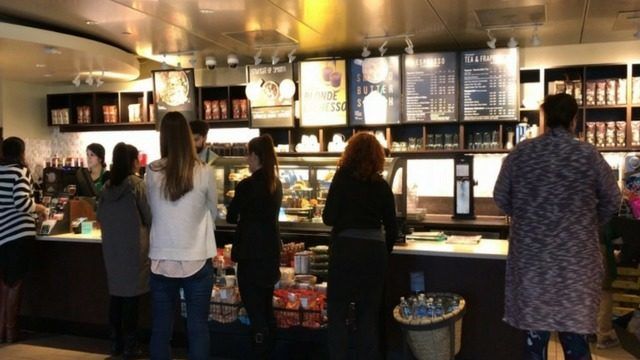 Justin Lam — January 18, 2018 — Lifestyle
References: kiro7 & eater
Share on Facebook Share on Twitter Share on LinkedIn Share on Pinterest
Thanks to a pilot program in Seattle, cashless Starbucks locations may soon be the norm. The Starbucks location testing this will be located in the Russell Investment Center in Downtown Seattle and will only be taking payments through cards or pay-by-phone technology. This specific location was picked by the coffee chain to determine the best response by customers. Starbucks will be running the pilot program for an undisclosed amount of time, and during this testing phase, the company will be gaining valuable feedback from both customers and employees.

The success of this pilot program may lead to future cashless Starbucks locations and could lead to other coffee chains adopting the system. Cash is starting to see significantly less use, thanks to the rise of contact-less payment and safer credit transactions, making the idea of a cashless service more enticing. The first cashless Starbucks may be the first big step in the cashless revolution, and depending on its success, there may be a boom in similar programs done by competing chains.
3.2
Score
Popularity
Activity
Freshness
Attend Future Festival