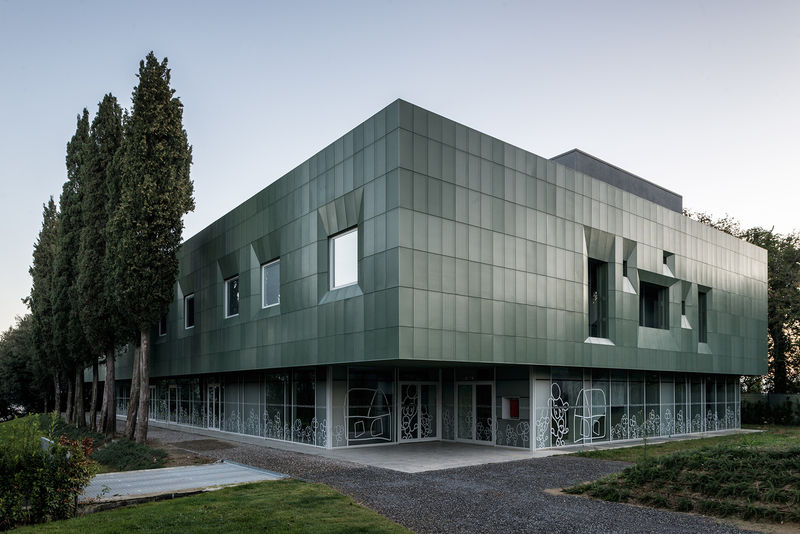 'Casa Verde' is a Mental Health Facility in an Idyllic Location

Joey Haar — January 3, 2018 — Art & Design
References: archdaily
Share on Facebook Share on Twitter Share on LinkedIn Share on Pinterest
Casa Verde, a newly renovated women's mental health facility in San Miniato, Italy, is built on a historic property. The original building was a orphanage, and the architects opted to keep much of that structure intact when creating the modern extension around the outside.

True to its name, Casa Verde is covered in a leaf-green facade around the upper story. That facade is composed of perforated metal sheeting, which allows light to enter the building even beyond the windows that are placed all around the walls.

The original building features a small but calming courtyard at its center, and the new renovation chose to keep that courtyard intact. The ground floor reflects that decision, with window decals depicting cartoon flowers in reference to the interior garden.
1.5
Score
Popularity
Activity
Freshness
Get Better and Faster