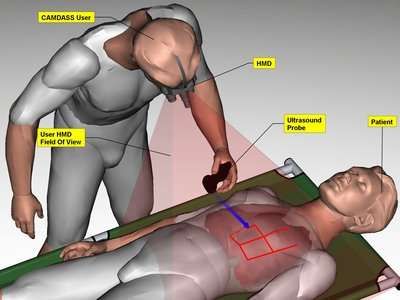 The CAMDASS May One Day Turn Astronauts Into Doctors

The CAMDASS equipment will allow astronauts to take on medical functions themselves without having to rely on ground support personnel, whose response to emergency situations could be delayed or even blocked. The European Space Agency has created this CAMDASS, a prototype helmet with a headset and an ultrasound tool, that will walk a user through basic ultrasound exams using visual guides and voice control. The user will see 3D augmented reality visual markers on the patient's body to help him determine whether the astronaut has broken bones or internal bleeding.

Currently, however, the CAMDASS headset only supports ultrasound, although improvements to the system could allow it to support other functions such as MRI scans and standard X-ray scans.
3.5
Score
Popularity
Activity
Freshness
Get Trend Hunter Dashboard