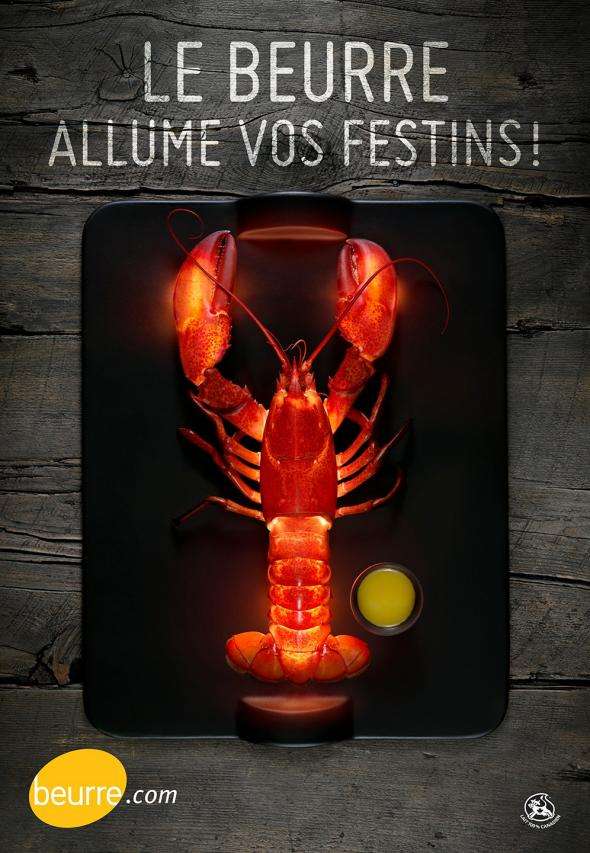 Alexander Lam — June 3, 2013 — Marketing
References: beurre & adsoftheworld
In order to promote the use of butter in Quebec, the Federation of Milk Producers of Quebec launched a series of butter print ads with glowing food. The illuminated food is presented with the ad copy "Butter. To light up our feasts." Beautiful examples of favorites in Canadian and French cuisine were lit up in the print ads. Gourmet produce, a lobster and a croissant were shown in the ads.

Developed by Canadian ad agency Cossette, the ads were placed all over Quebec. Bus shelters, metro stations and major markets were treated to the delicious ads. Most of the locations that the posters were mounted in had backlit displays. This means that the the ads had an actual glowing effect, which further augmented the message to cook with butter.
1.6
Score
Popularity
Activity
Freshness