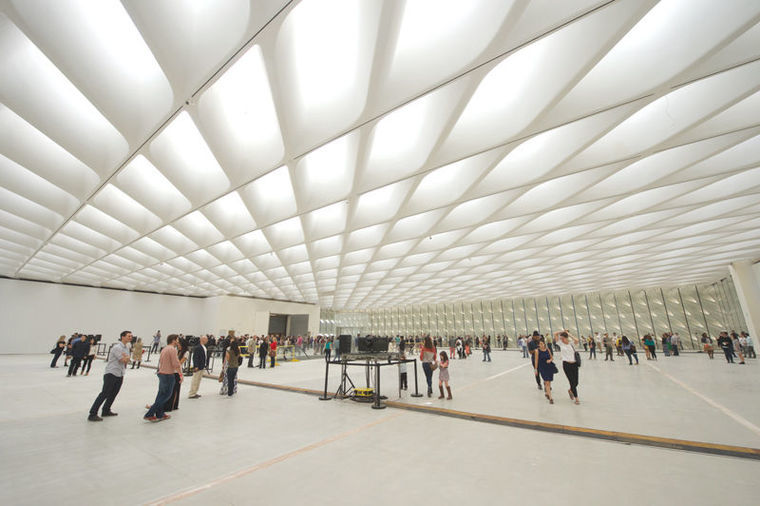 The Broad Museum in Los Angeles will Open in September 2015

Rebecca Byers — February 26, 2015 — Art & Design
References: thebroad.org & ladowntownnews
Share on Facebook Share on Twitter Share on LinkedIn Share on Pinterest
The Broad Museum is a stunning contemporary art museum close to reaching completion in Los Angeles that will offer free admission to its permanent collections upon opening in September 2015. Originally slated for a 2014 opening, the Broad Museum boasts an extravagant honeycombed facade that has added to the anticipation for its opening.

Named for developer, philanthropist and art enthusiast Eli Broad, the Broad Museum was designed by Diller Scofidio + Renfro architects, whose plans were selected from a group of six firms.

An intriguing feature of the Broad Museum – and one that will be of particular interest to those attending Trend Hunter’s Los Angeles innovation conference -- is that it will offer free admission to its permanent collection, only charging for special exhibitions. A common feature of art museums in Britain and Europe, few American art museums offer free admission on a regular basis. This shift is likely to pay off, as it’s not hard to imagine that the offer of free admission is likely to draw in larger crowds who are then likely to pay for the extra exhibits once they are already there.
1.4
Score
Popularity
Activity
Freshness
Attend Future Festival