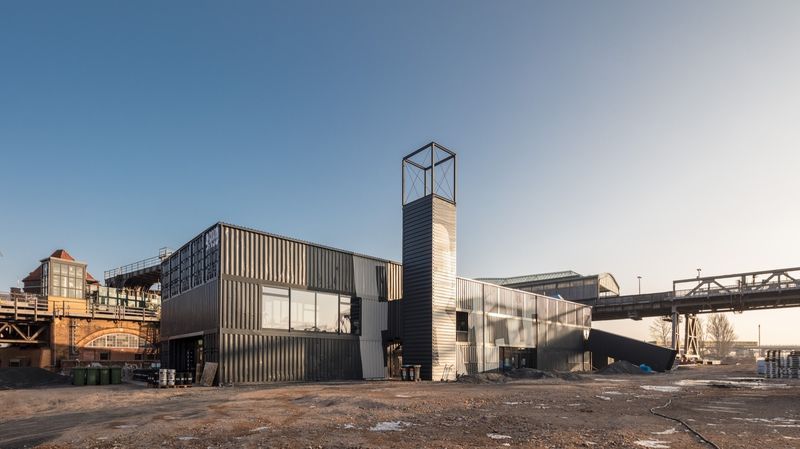 Joey Haar — May 1, 2017 — Art & Design
References: graftlab & archdaily
Share on Facebook Share on Twitter Share on LinkedIn Share on Pinterest
BRLO BRWHOUSE is a new brewery building designed by GRAFT, an international architecture studio. What separates the brewery from the other industrial warehouses that pock the Berlin landscape is that BRLO BRWHOUSE is completely modular. It's designed for a temporary existence, with BRLO expecting three to five years of occupation, at which point the container-style building can be completely dismantled and moved to a new location.

BRLO BRWHOUSE consists of four lengthwise containers stacked three high, giving more than enough space for the brewery's equipment. As such, BRLO also uses the building as an event space where it hosts things like parties, tastings, and even concerts. Beer is a crucial cultural artifact in Berlin (and indeed around Germany as a whole,) so the combination of social space with brewing industry is a natural one.
4
Score
Popularity
Activity
Freshness
Jeremy Gutsche Keynote Speaker