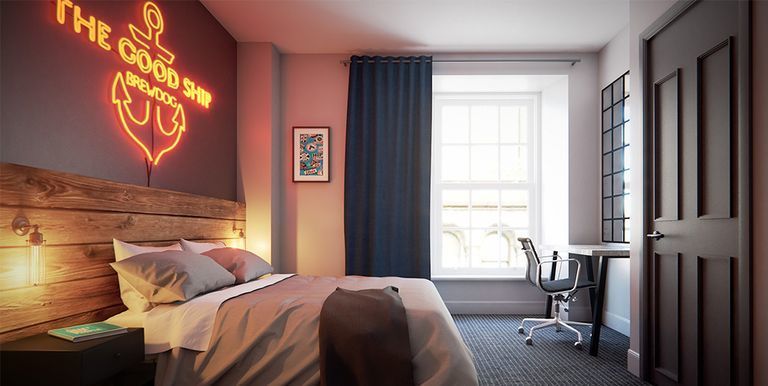 BrewDog Kennels is a Mini Hotel Concept by the BrewDog Brewery

BrewDog Kennels will be similar to BrewDog's existing hotels, but on a smaller scale and in more locations. Essentially, BrewDog Kennels are mini hotels with two to six rooms above the brewery's bar. In keeping with the beer-loving theme, there will be a beer fridge in every room, as well as a record player with vinyls and a real guitar. The hotels are also pet-friendly and will have doggy beds and treats in every room. As BrewDog cofounder James Watt explains, "We firmly believe that where you stay in a new city should be your home from home, so have brought the spirit of our DogHouse Hotel and its reverence for great beer to a new series of mini-hotels."