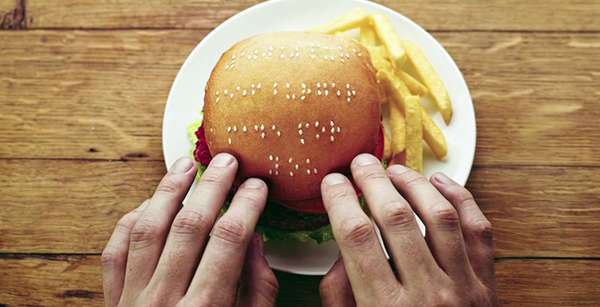 The braille burgers were created by placing sesame seeds on top of unbaked buns to spell out a message, which was a description of the burger such as "100% Pure Beef Burger Made for You." The 15 burger buns were baked and used to make the chain's burgers, then delivered to three of South Africa's major institutions for the sight-disabled. Watch the video to see the customers' reactions!

According to Wimpy, its efforts was so appreciated that the three institutions discussed the campaign in their braille newsletters, which ultimately resulted in Wimpy reaching 800,00 visually impaired people.
6
Score
Popularity
Activity
Freshness
Get Trend Hunter Dashboard