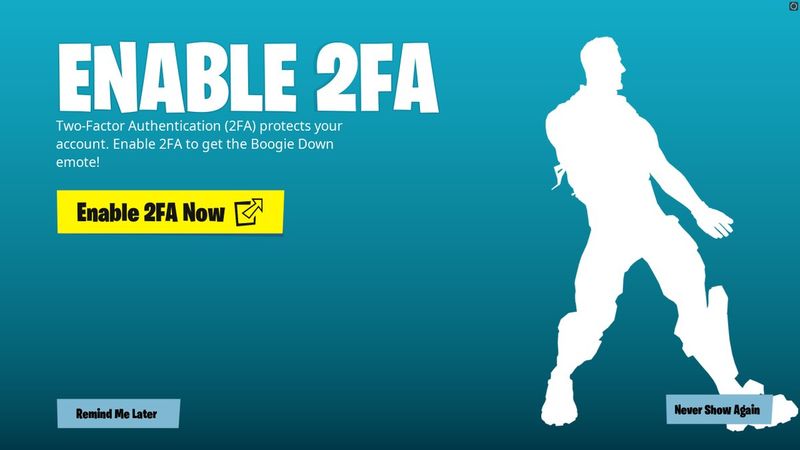 Fortnite's "Boogie Down" Dance is Being Offered to 2FA Users

Justin Lam — August 24, 2018 — Tech
References: kotaku & cnet
Share on Facebook Share on Twitter Share on LinkedIn Share on Pinterest
Massively successful third-person online shooter Fortnite is now offering players the "Boogie Down" dance to those who beef up their account security with two-factor authentication. By offering an incentive to players to enable this security feature, Epic games, the developers of Fortnite, are hoping to quell the hacking of accounts and preserve player's quality of life. By enabling the feature, players will be prompted to enter a second code, following their regular password, which will be sent via an app, email, or text.

The "Boogie Down" emote is the latest dance added to the game and was created as part of a contest launched by Epic in spring 2017. The contest challenged players to enter videos of themselves performing a signature dance and in April 2018 the winner was finally announced.