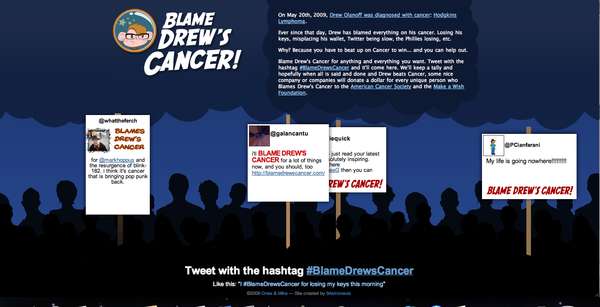 Using the hashtag #BlameDrewsCancer, Twitter users blame Drew’s cancer for, well, everything—the economy, a bad breakup, misplacing one’s keys, and getting into an auto accident. The Blame Drew’s Cancer website says that this is because “you have to beat up on cancer to win.” Agreed. Visit the website below to see the most recent tweets with a hashtag of #BlameDrewsCancer.
0.9
Score
Popularity
Activity
Freshness
Get Trend Hunter Dashboard