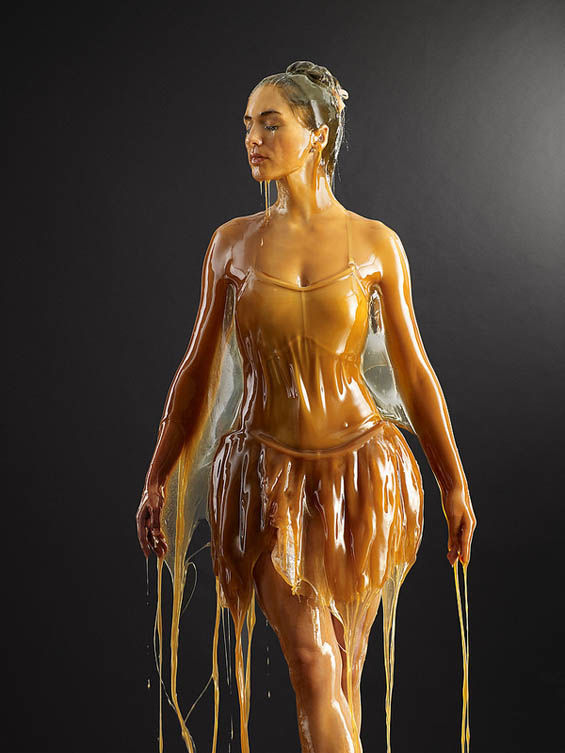 Meghan Young — February 25, 2015 — Naughty
References: blakelittle & beautifuldecay
Share on Facebook Share on Twitter Share on LinkedIn Share on Pinterest
The recent work of Blake Little, a celebrity photographer based in Los Angeles, California, makes his models look as though they are frozen in amber like prehistoric insects. In reality, they have been dosed in honey from head to toe. An interesting take on portraiture, Blake Little initially played with the sticky substance for more superficial aesthetics.

Blake Little writes, "The honey has a way of diffusing the personal qualities of the subjects, often making them unrecognizable and democratizing their individual traits into something altogether different and universal." Part of his new book, Preservation, the images bring into stark contrast the similarities and differences of his diverse group of subjects. Most of them are captured in the nude, which is even more powerful than if they were clothed.
6.1
Score
Popularity
Activity
Freshness
Attend Future Festival