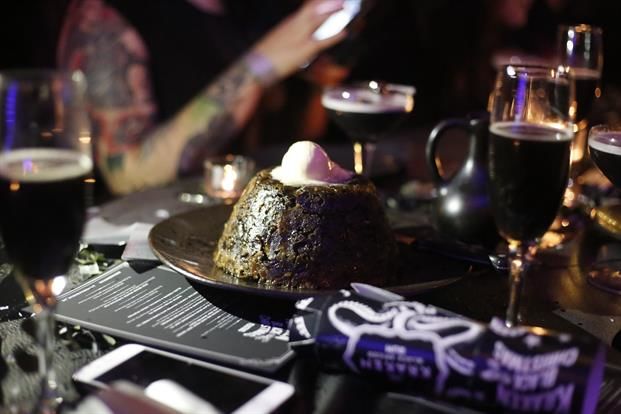 In keeping with the distinctive color of its Black Spiced Rum, Kraken created an entire event around the color black. This included a selection of dark Christmas cocktails, as well as ethically sourced all-black bar snacks that are naturally dark. Other items at the feast included black Devon red rare roast beef served with black beef dripping gravy, plus black pudding and charcoal cread stuffing and a rich spiced Kraken Christmas Pudding for dessert.

In the past, Kraken has played up the unique color of its product with similar stunts, such as an all-black ice cream parlor on wheels and last year, a black Christmas shop.
1.3
Score
Popularity
Activity
Freshness
Get Trend Hunter Dashboard