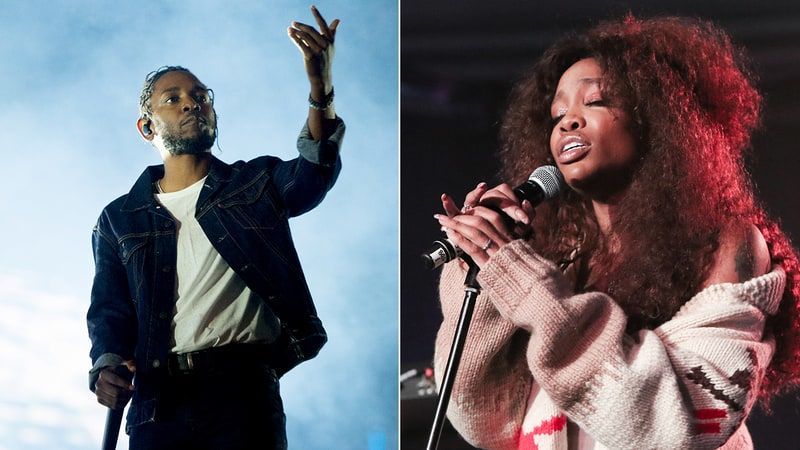 Amy Duong — January 4, 2018 — Pop Culture
References: complex & rollingstone
Share on Facebook Share on Twitter Share on LinkedIn Share on Pinterest
The new Black Panther soundtrack includes a collaboration of musical talents from both Kendrick Lamar and SZA. Released today, the new song 'All the Stars' is set to appear in Marvel's highly anticipated upcoming film. Curated and produced by Lamar and his label boss, Anthony "Top Dawg" Tiffith, All of the Stars marks both Lamar and SZA's first music of 2018 after a successful 2017 year for both artists.

'Black Panther: The Album' will feature music that is specifically created for the movie. Ryan Coogler, the director himself chose Kendrick Lamar for this task, distinguishing the very first collaboration of its kind in the Marvel Cinematic Universe history. In a press release, the rapper states that "the magnitude of this film showcases a great marriage of art and culture. I'm truly honored to contribute my knowledge of producing sound and writing music alongside [director Ryan Coogler] and Marvel's vision."
2
Score
Popularity
Activity
Freshness
Get the 2023 Trend Report FREE