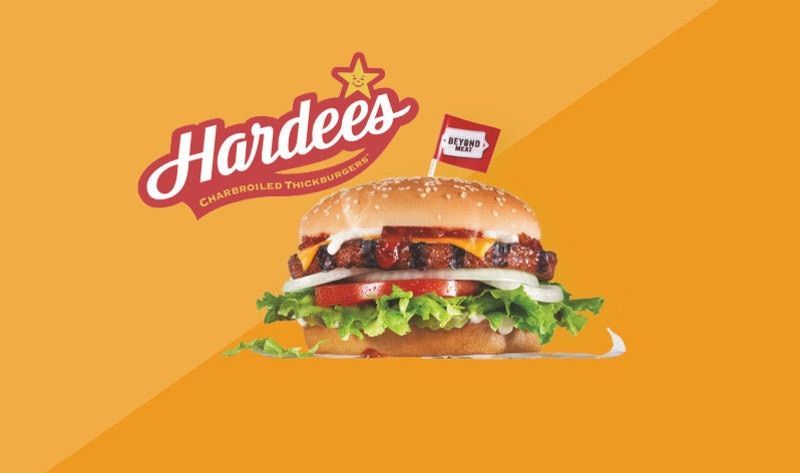 Hardee’s Will Begin Testing a New Beyond Meat Thickburger

Katherine Pendrill — August 8, 2019 — Lifestyle
References: vegnews & fastfoodpost
Share on Facebook Share on Twitter Share on LinkedIn Share on Pinterest
Hardee's is the latest fast food brand to hop aboard the plant-based burger train with the announcement that it will begin testing a Beyond Meat Thickburger. And it's not just burger patties getting a plant-based makeover. The chain will also begin testing out a new Beyond Sausage Breakfast Biscuit Sandwich as well.

The Original Thickburger is one of Hardee's most popular dishes and now it will come in a meat-free version with the debut of the Beyond Meat Thickburger. The new burger will be made with a Beyond Meat’s vegan patty, which has been crafted exclusively for Hardee’s and can’t be found anywhere else. The patty is then paired with lettuce, tomatoes, red onions, pickles, cheese, and mayo. For those who are looking for a fully plant-based burger, the Beyond Meat Thickburger can be prepared without the cheese and mayo.

Since the vegan patties are still in the testing phase, the new Beyond Meat Thickburger and Beyond Sausage Breakfast Biscuit Sandwich will only be available in two of Hardee’s largest markets this fall.