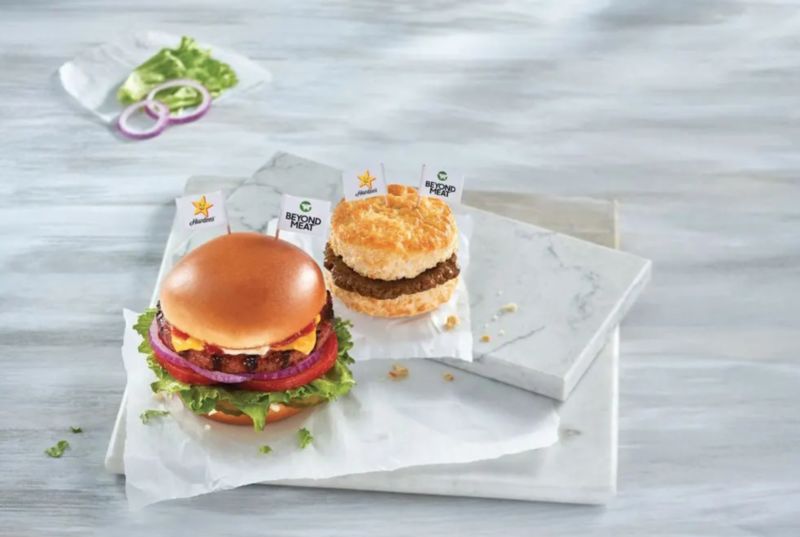 The new Beyond Breakfast Sausage Biscuit is a meat-free breakfast option that combines a plant-based Beyond Sausage Patty with two of Hardee’s Made From Scratch Biscuits. In contrast, the Original Beyond Thickburger features a Beyond Meat Burger patty, which has been charbroiled and then topped with tomato, lettuce, red onion, dill pickles, ketchup, mustard, and mayo. When asked about the new plant-based offerings, a spokesperson for Hardee's explained that "Hardee's is prioritizing the quality flavors that the brand is known for by pairing innovative Beyond Meat offerings with the restaurants number-one selling, Made From Scratch Biscuits for breakfast and the signature Charbroil cooking-style for its burgers."