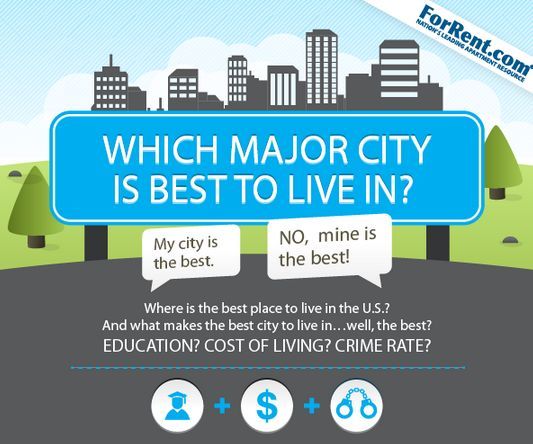 This Infographic Details What is the Best City to Live In

In terms of education, Scottsdale, AZ has the highest public school performance and just over 50% of residents have a college degree. If you're a big foodie, San Diego, CA takes the cake for the highest number of restaurants and bars. In addition to the numerous places to eat and drink, this is a fantastic city for culture in general — it has nearly 200 museums.

This is an interesting breakdown of some of the most well-known cities in the United States and just what it is about them that makes them such great places to live.