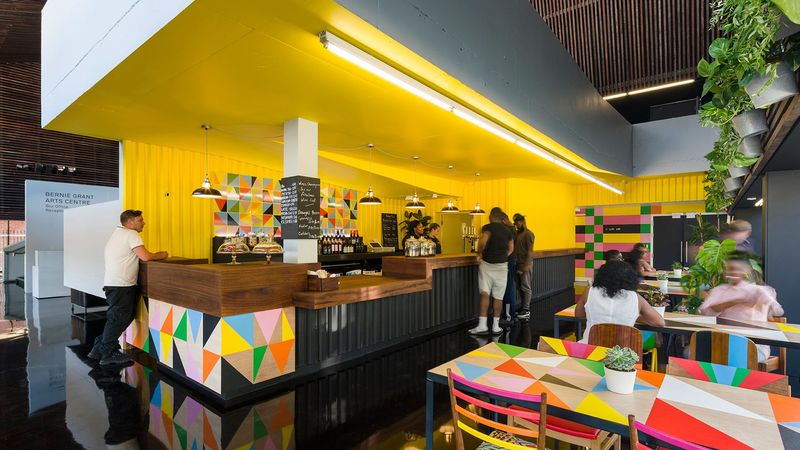 Joey Haar — July 4, 2017 — Art & Design
References: dezeen
Share on Facebook Share on Twitter Share on LinkedIn Share on Pinterest
Though the majority of the Bernie Grants Arts Center is a pared down and austere series of rooms from famous architect David Adjaye, the on-site cafe has a very different aesthetic. Conceived of by British designer Morag Myerscough, the cafe is clad in extremely bright and playful tiles, textiles, and furniture throughout.

According to Myerscough, the bright colors of the cafe were used as a reflection of the "exuberance and enthusiasm" of the cafe's staff. That exuberance is indeed clear in the design of the cafe's counters and furniture, where brightly colored rectangles and triangles contrast and juxtapose against one another throughout the entirely of the space.

The space itself is supported by built-in concrete sections, but Myerscough opted to cover those in wood panels to soften the overall feel of the cafe.
1
Score
Popularity
Activity
Freshness
Get Better and Faster