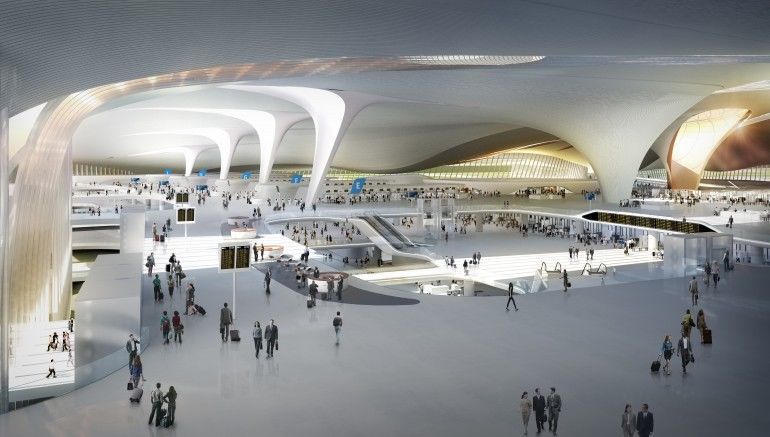 The Beijing Airport Terminal Will Be The World's Largest

While the architects haven't yet revealed the exact size of the terminal building, online rumors suggest it will measure 700,000 square meters and that construction will be completed in 2018 for a budget of around $13.8 billion.

It is hoped that this new airport facility will take some pressure of the city's Capital Airport, which is already teeming with far more passengers and flights than it was designed to handle.

The new Beijing Airport terminal is set to accommodate 45 million passengers a year. It is also being pitched as a sustainable project, which goes to show that even the largest architectural projects needn't compromise on sustainability.
5.9
Score
Popularity
Activity
Freshness