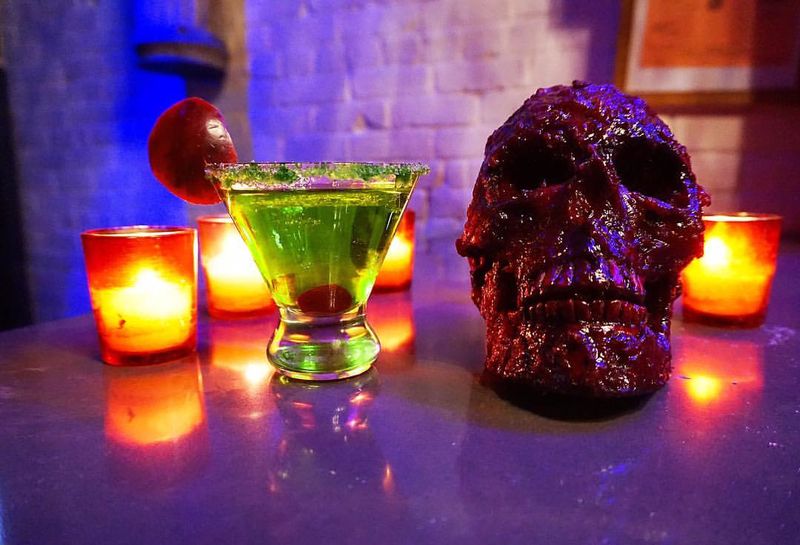 Katherine Pendrill — October 17, 2016 — Pop Culture
References: facebook & fortune
Share on Facebook Share on Twitter Share on LinkedIn Share on Pinterest
Earlier this year, New York became home to a restaurant called the Beetle House, which pays homage to Tim Burton's famous film 'Beetlejuice,' as well as some of his other iconic productions. The restaurant is not only a mecca for fans of the award-winning director, but it is also perfect for those who enjoy things on the creepy side.

Beetle House is described as "a bar and restaurant in the East Village of NYC with an atmosphere and menu inspired by all thing dark and lovely." While the bar clarifies that it is in no way affiliated with Burton, it does pay homage to his work with its signature drinks and dishes. Some of the clever, movie-inspired offerings include a coconut-flavored cocktail named the Coco Skellington, a beef burger called the Edward Burger Hands and a savory breakfast dish dubbed Sweeney Steak and Eggs.
3.1
Score
Popularity
Activity
Freshness
Get the 2021 Trend Report FREE