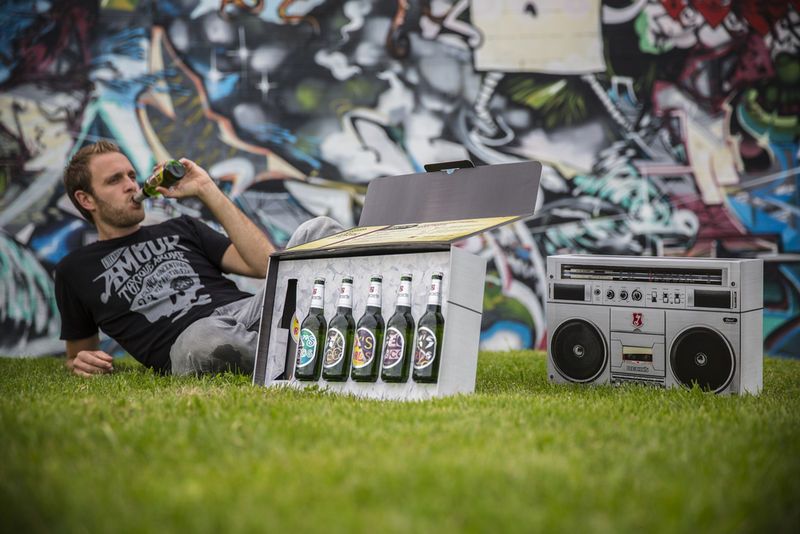 Laura McQuarrie — July 22, 2014 — Lifestyle
References: becks & thedieline
Share on Facebook Share on Twitter Share on LinkedIn Share on Pinterest
For a lot of people, things that are essential to an enjoyable summer include good music and beer, and this beer packaging design combines the two. The pack of beer developed for Beck's beers by Think Packaging is shaped like a boombox, which plays on nostalgia just as much as it does on novelty.

The beer boombox houses Beck's new brews, which are inspired by musical genres like pop, punk, rock and hip hop. Although the elements are really exaggerated to the point of amplifying clichés, this makes the whole concept even more fun. From the outside, there's almost no telling that the case contains beer, which would make this an awesome thing to show up at a party with.
4.8
Score
Popularity
Activity
Freshness
Get Trend Hunter Dashboard