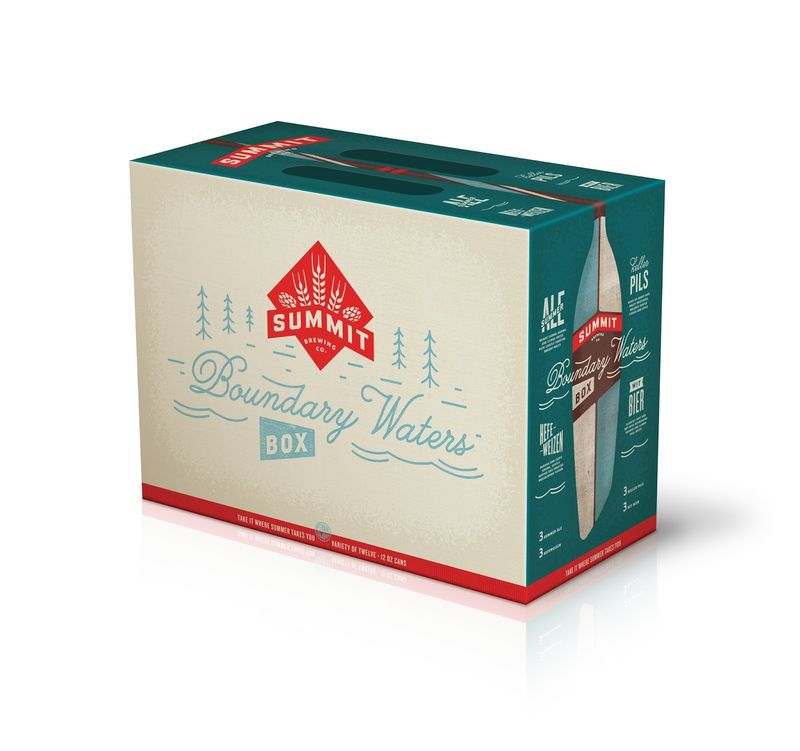 This Beer Box from Summit is Branded as 'Boundary Waters'

Laura McQuarrie — April 27, 2017 — Lifestyle
References: summitbrewing & packagingoftheworld
This summer, the Summit Brewing Company is bringing back a few of its classic summer brews in a newly redesigned beer box that's been dubbed 'Boundary Waters.' Inside the Boundary Waters Box is the refreshing Summer Ale, Keller Pils, as well as the Hefeweizen and Wit Bier. While Summit's Hefeweizen was originally launched in 2002 and retired in 2011, it is now being brought back with a fresh new look for the summer season.

The boxed set was designed to remind of timeless summer moments, such as "throwing a line off a boat," or spending time by the lakeside. To further play up this theme, the cans inside the beer box boast playful outdoor motifs. This boxed set of beer from Summit perfectly captures the carefree ease of summer days spent outside.
1.8
Score
Popularity
Activity
Freshness