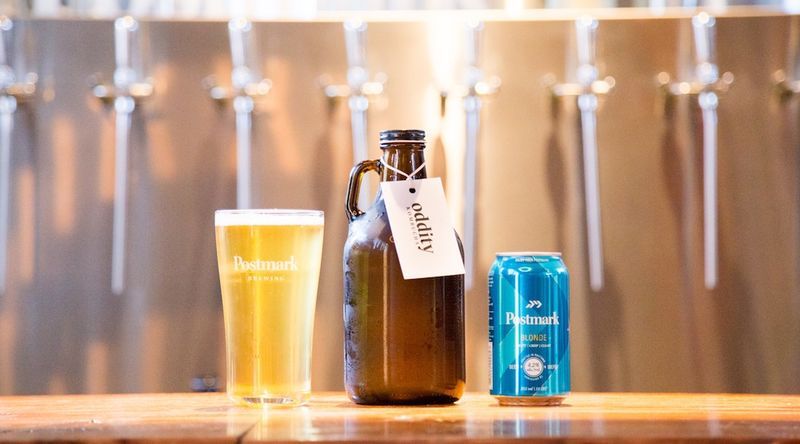 Laura McQuarrie — October 19, 2016 — Lifestyle
References: postmarkbrewing & dailyhive
Share on Facebook Share on Twitter Share on LinkedIn Share on Pinterest
There are plenty of similarities between brewing kombucha tea and beer beverages, which is perhaps what inspired one of the newest beverage concoctions from Postmark Brewing. As its name suggests, Postmark Brewing's 'Blondebucha' is a drink that's made from about 70% of its own craft Blonde Ale, plus a portion of locally brewed Ginger Kombucha from Oddity Kombucha. The resulting hybrid beverage is one that's light and spiced, with a flavor that pairs well with a variety of fall season snacks.

At the Belgard Kitchen in Vancouver, Canada, Postmark Brewing is making its Blondebucha available by the growler, although it's also possible to sample the drink by the pour, as well as enjoy the Blonde Ale and Ginger Kombucha separately.