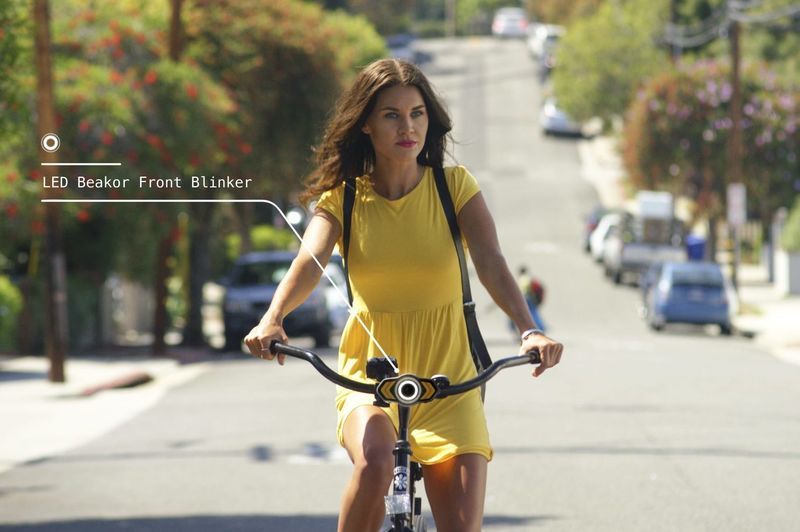 'Beakor' Brings the Internet of Things to Urban Cyclists

Joey Haar — July 20, 2016 — Lifestyle
References: beakorcycling
Share on Facebook Share on Twitter Share on LinkedIn Share on Pinterest
As urban cycling becomes more and more common among Millennials and bike lanes continue to pop up on downtown streets, it's about time that cycling technology caught up, which is why Beakor is looking to improve safety on bicycles. The device is packed with features to improve cycling safety, while also making the cyclist's own experience more pleasant than with an unconnected bike.

Beakor comes with a front and rear module, both of which are equipped with cameras and lights that firmly attach to any bicycle. Though small, these Internet-connected modules come packed with features. They connect to unassuming switches on the handlebars, allowing cyclists to easily signal turns rather than having to take a hand off the bars, and at night, the ground laser turning indicator shines a large orange triangle on the pavement. The system also comes with a handlebar smartphone attachment and an app that lets users stream their rearview camera live, creating a "rear view mirror."
6.7
Score
Popularity
Activity
Freshness
View Innovation Webinars