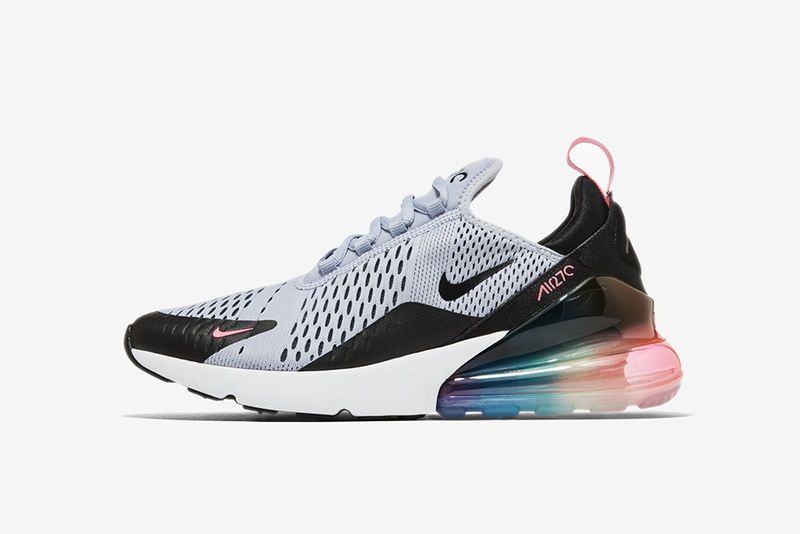 Amy Duong — May 28, 2018 — Fashion
References: nike & highsnobiety
Share on Facebook Share on Twitter Share on LinkedIn Share on Pinterest
Nike introduced its newest collection of reworked silhouettes, entitled the 'Be True' capsule, to celebrate the LGBTQ community. The chosen highlighting hues are a lavender purple and a pink triangle. The lavender choice represents one of the oldest symbols of LGBTQ culture because it is a blend of gender-related light blue and pink. The tone is found on four of Nike's signature silhouettes -- the VaporMax Plus, Air Max 270, Zoom Fly and the Epic React Flyknit. To complement the light purple hue, there are also incorporations of a rainbow scheme as an additional nod to the community.

The pink triangle is also seen accenting the Be True collection as it was originally utilized to identify LGBTQ members during WWII. This symbol was later picked up by the AIDS Coalition in the 'Silence = Death' campaign that took place in the 80s.