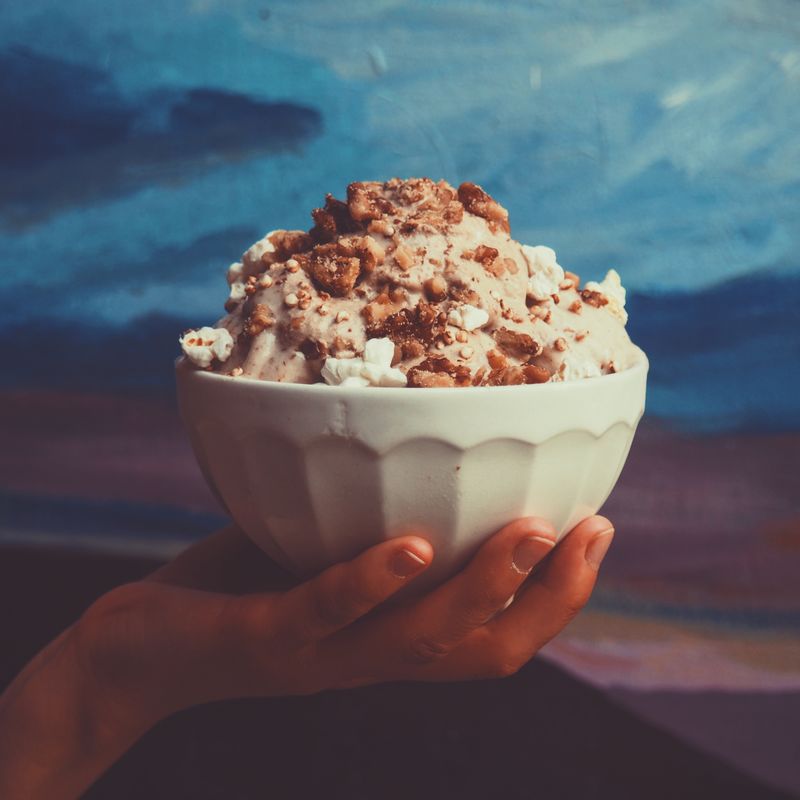 Laura McQuarrie — October 21, 2016 — Lifestyle
References: indiegogo
Share on Facebook Share on Twitter Share on LinkedIn Share on Pinterest
As an alternative to frozen dairy ice cream desserts, a vegan banana-based version of the dessert has emerged, often referred to as "banana nice cream." NANABAR is the name of a new venture that aims to set itself apart by creating the planet's first world's all-natural, organic, gluten-free and vegan "nice cream bar."

With its business, NANABAR prioritizes three words: Health, Happy and Honest, which reiterate the joy and simplicity of using just bananas as a base to make a variety of flavorful frozen desserts. All desserts at NANABAR are set to be made without refined sugars or "weird chemicals."

With healthy and flavorful toppings like dates, cashew cream and coconut flakes, NANABAR says that its desserts are "Nutritionally balanced enough to be eaten for breakfast, lunch or even dinner."