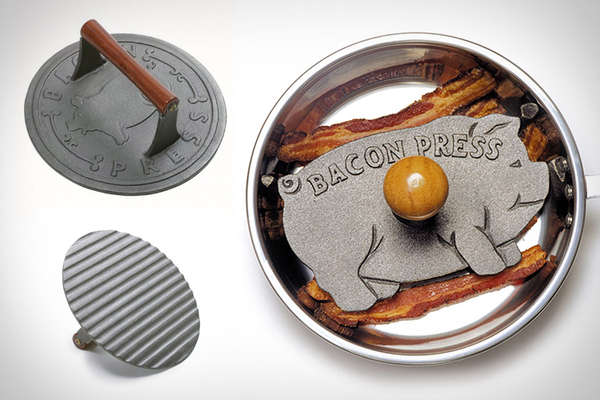 The Bacon Press Ensures The Meat Doesn't Curl in the Pan

Meghan Young — May 17, 2013 — Art & Design
References: amazon & uncrate
Share on Facebook Share on Twitter Share on LinkedIn Share on Pinterest
Some may like it curled, others may like it straightened; for those who fall in the latter category, the Bacon Press is just for them. Just as it sounds, the Bacon Press is a kitchen tool that is placed on the strips of pork as they are frying up in the pan. By putting pressure on the delicious meat, it ensures that they are cooked in an impeccable manner. Not only will they be straight, every part of the surface will be nice and crispy.

Created by Norpro, the Bacon Press is also a fun tool to have on hand if only for its looks. Made out of cast iron, it take the form of the big it is helping to cook. A little morbid, it can also be used for sandwiches, burgers and the like.
3.8
Score
Popularity
Activity
Freshness
View Innovation Webinars