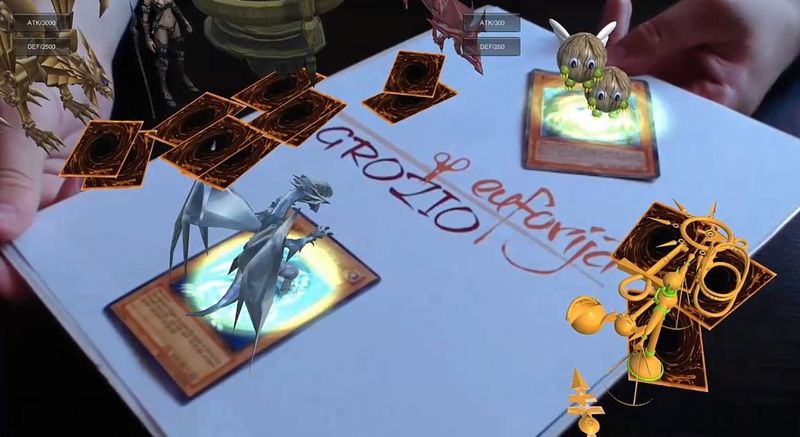 Yu-Gi-Oh! Has Been Reinvented as an Augmented Reality Card Game

Just recently, YouTube user Microwave Sam took AR gaming to a very nostalgic place for many anime fans with his fan-made Yu-Gi-Oh! AR game. This game is true to the original TV show of the late 90s and actually brings the monsters from the card game to life.

Using Microsoft's HoloLens technology, the game has favourite duel monsters literally leap off the cards in an epic new take on the trading card game phenomenon. To play, users must simply put on a HoloLens headset, load up a unique card deck and duel.

It has no set release date yet but if fans of the franchise get their way, Konami may have no choice but to capitalize on the hype and make this an official release.
4.4
Score
Popularity
Activity
Freshness
View Innovation Webinars