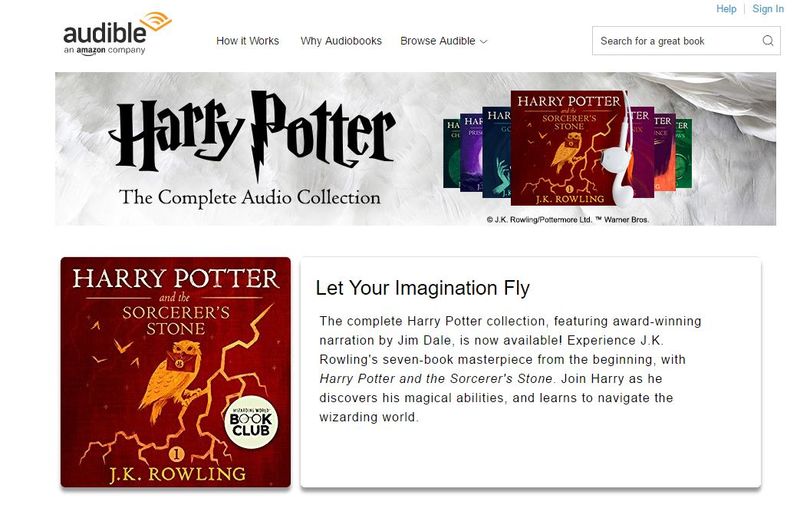 Audible is Giving Away the First Four Chapters of Harry Potter

Joey Haar — June 21, 2017 — Pop Culture
References: audible & theverge
Share on Facebook Share on Twitter Share on LinkedIn Share on Pinterest
Audible, the major audio book streaming service, has announced that it will make one of its most popular titles, 'Harry Potter and the Sorcerer's Stone,' available for free to stream with Amazon Alexa. There's a catch, though: Audible is only making 90 minutes of the audiobook free, which equates to the first four chapters of the seminal children's fantasy novel.

The free teaser chapters coincide with the launch of the 'Wizarding World Book Club,' an online forum for Harry Potter fans to discuss aspects of their beloved franchise. The club began its discussion of the first novel today, so the free chapters give fans a great opportunity to brush up on the 20 year old novel (in case they've forgotten a beat or two over that time.)
1.1
Score
Popularity
Activity
Freshness
Attend Future Festival Virtual