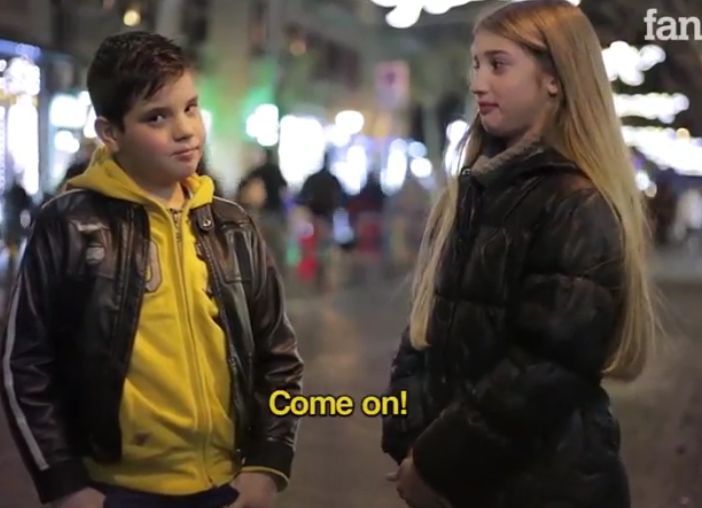 Meghan Young — January 9, 2015 — Marketing
References: fanpage.it & fastcocreate
Share on Facebook Share on Twitter Share on LinkedIn Share on Pinterest
Fanpage.it and Ciaopeople Media Group teamed up to film a group of Italian boys who were asked the slap a girl. That's right, they were put to the test and given permission to hit a girl. But leading up to it, they were invited to tell the filmmakers what they liked about Martina and to even caress her.

Once the boys were asked to slap Martina, their reactions were priceless. Stunned at first, they all said no. When asked why, their answers varied slightly, but all had the same core: You don't hit a girl. One boy went so far as to say, "'Cause I'm a man." Endearing and eye-opening, the boys who were asked to slap a girl help reassure a world that seems full of violence.
3.5
Score
Popularity
Activity
Freshness
Get Better and Faster