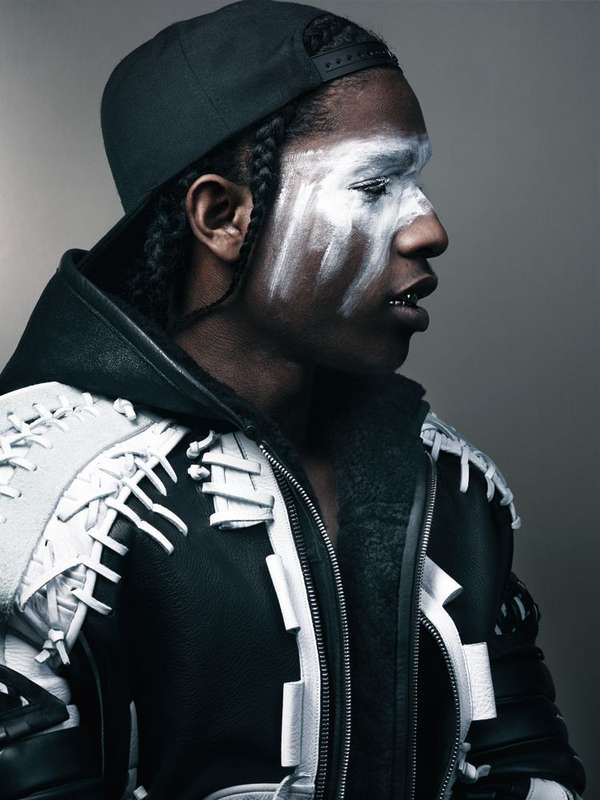 Gillian Beech — March 27, 2013 — Pop Culture
References: interviewmagazine
Share on Facebook Share on Twitter Share on LinkedIn Share on Pinterest
A$AP Rocky is becoming a big name in the hip hop music scene, and he's continuing to make a splash with his iconic A$AP Rocky style. In a world where most rappers wear sneakers, white Tees and an abundance of gold chains, A$AP Rocky stands out from the crowd with his commitment to high-end labels like Raf Simons, Rick Owens and Margiela.

The rapper had a near-ubiquitous presence at New York Fashion Week, has collaborated with such designers as Raf Simons and was even showcased in an Alexander Wang Spring 2013 video advertisement.

In this photo spread by Interview Magazine, A$AP showcases some of spring's hottest pieces. While his music may be tearing up the hip hop scene, it's his slick fashion sense that's taking the fashion world by storm. Watch out Kanye, this kid might be giving you a run for your money.
5.9
Score
Popularity
Activity
Freshness
Attend Future Festival Virtual